Have you ever had the urge to want to give to those in need but do not know how to go about it?

By reading my comments below you will have the opportunity to give back to those in desperate need and see for yourself just how easy it is and rewarding.

There are two ways in which you can achieve your personal goal of giving:

In my heart, I truly respect those who are willing to give of their time more freely.

As the saying goes, “never give an idle person a task to do”.

My generosity in giving to needy causes has been kept private most of my life without it becoming public knowledge. The reason for this choice being that it has never been about seeking public recognition but always been about giving from the heart.

Although we need to guard ourselves against negative comments by not allowing the minority of people to affect our emotions, admittedly it is sad and difficult at the same time to ignore negative comments which are made by people who hardly know you. Some of these may be comments or situations such as “So let’s see how Mike Russon who has done so well financially actually gives back”. Or simply in the world we live in today which is riddled with social media and internet initiatives, where at least 61% of people sadly feel it unnecessary to have the urge to first confirm any hearsay or facts about a person via these resources in most cases. Or alternatively rather choosing to prove your unconditional giving as incorrect by judging you purely by the perception of such media sources rather than finding out the facts in person.  It is for this reason that I have chosen to share some of the benevolence initiatives which have been made possible by the giving of my time and financial means for the first time in thirty (30) years.

I am not quite sure on how to achieve success with everyone, but what I do know is that the art of failure is in trying to please everyone.

By choosing to share my benevolence initiatives via the internet, my ultimate wish is to reach out to each of you taking an interest in the many examples I have given in the hope that it would pre-empt you to follow suit and do the same by seeing just how easy it is. With just one person reaching out I will consider this blog as being successful.

Giving from the heart I believe is in the DNA of many, so before sharing my journey of benevolence, let me share with you an example of my DNA at an early age.

My first recollection of giving back from my heart was when I was in primary school where I gave a brand new 10-speed western flyer away which I won at the tombola store at a school fete worth R100. Trust me when I say that was a lot of money to a kid in primary school 40 years ago.

It was the biggest prize ever to be won with a lucky draw. I won it at the fête and I remember an adult coming over to me and offering me R100 cash for the bicycle. Without any hesitation, I turned his offer down by saying: “no thank you, I am going to be giving it to my younger brother who does not have a bicycle”. As mentioned, giving is often in our DNA, but many have also been inspired by a situation and have given immensely. Let the bible guide you when it says God loves a cheerful giver.

I will shed some further thought on how I have managed to give back through the two examples:

I can list 50 more but the point is for you to see how you can vary your giving that will make a difference. I will share words of gratitude from people on examples of how easy it is to enrich someone else’s life, even in the smallest of ways and how rewarded you can feel by it. 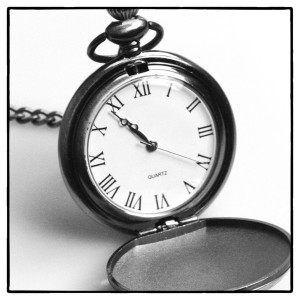 As mentioned before, I think most of my teachers would be turning in their graves if they heard I was teaching at a school.

Digressing slightly, always teach your children the value of earning your own money. My children from the ages of eight knew if they wanted a car at 18, they would have to put down 10% deposit. I would let them go to areas that I knew were safe and I would let them sell magic towels to all the neighbours and they often made up to R800 in a day. Not bad for more than 15 years ago.

Keira, Kyle and Kelvin have all saved their 10% towards their cars from the sale of magic towels and other opportunities. Well done my children, I am very proud of you for that achievement and many others. Keira would also put her magic towels in a craft market shop in Table View and later canal walk, so she learnt to multiply herself to make more money than she would be able to do herself physically. The children made thousands.

Let’s go back to examples of giving of time:

Once again I can add more examples, but wish to add the above is an illustration of what you also can give of your time to make a difference. Make no mistake there are people out there who do tenfold what I do and I truly have a deep respect for them.

As mentioned earlier, I took the liberty of keeping some of the thank you letters I have received over the years. These are letters from people who thanked me for the difference I have made in their lives. Sometimes we don’t think we can make a difference, but I encourage you to read some letters and I hope it will inspire you to say “hey, I could also have done that”, then take action and go forward making a difference to someone else.

There have also been some bizarre situations of my giving and some stories you would never believe possible. I challenge you to read at least one of them!

They are on the blog links underneath labelled bizarre situations.

24 August 2018 They say Christmas comes around once a year but at CT International, we enjoy celebrations of that nature all year round. Just last month, I hosted another successful Trolley Dash for

“49% of all learners who start Grade 1 drop out of school before reaching Grade 12” SALT established the Finishing Strong Project to break this trend to provide financial, motivational, and educational support to students who strive

On Thursday, 18 December 2017 residents from Cape Town wasn't ready for what Managing Director, Mike Russon had in store for them; he gave staff members a budget of R100 000 to spread goodwill and

Dear Mike Russon   I want to say a huge thank you from the Zambia Project for the generous donation of R150 000.00 towards Hope Church. The funds have been received in our account

When we first spoke about Bizarre Situation 2 I am sure many of you wondered how things would turn out. So here is a little update on the family. Amy is doing really well in

Bizarre Situations 1: My mom has a friend Audrey 80 years old; she has an only daughter that she adopted at birth. Sadly her adopted daughter now 35 was never a giver only a taker

Bizarre Situations 2: We were coming home 10 pm at night from the rugby at Newlands. Driving down Milnerton road, my wife said, “Did you see that family with children on the side of the