We were coming home 10 pm at night from the rugby at Newlands. Driving down Milnerton road, my wife said, “Did you see that family with children on the side of the road?” I said no, usually I miss seeing everything while driving. She told me to turn around to show me.

I turned around in Milnerton road next to Paarden Island and sure enough, there was this family begging on the side of the street.

A couple with three children, two girls, and a boy, in the freezing cold, aged 10, 6 and 2 years old No shoes on their feet. I asked them what they were doing, they said they needed food. My wife said it’s wrong to have your children out here in the cold while you begging for food. They said they had no one to look after them. I said okay here is R300, now what will you do. The mother said she would walk back home to Brooklyn. I told them to get in the vehicle and I will take them all to Mac Donald’s and buy them food, keep the R300 and we will then drop you off at home.

They were very appreciative. The one child, a girl let out a yelp while climbing in and we asked what’s wrong, her mom replied her arm is still damaged from when she was hit by a truck on the road.

We took them to Brooklyn and when I saw the house I thought they were staying in, I was shocked. It was broken down. Then to my horror I learned that was not even the house they were staying in, the little room attached to it was the spot they stayed. No bathroom, only a basin in a single room. There were cockroaches everywhere, it was filthy. The entire family of five slept on a single mattress on the floor. 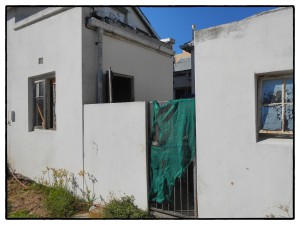 I was mortified, I said to them, “I am willing to make a difference in your lives for the sake of your children, but then you never go back to the streets. I could see they used drugs, so I said you also better not let me see you use drugs ever. So if you feel you can live life without drugs and no more begging, then I will help you. Think about it on the weekend and call me if you are serious.”

Monday the lady called, “Hi Mr Russon we would like your help.” They are lucky they called otherwise I would have had to call child welfare for the sake of the young children.

I met them that night with my wife and we took them out to eat at Mac Donald’s. We explained the conditions of my helping. I will never forget in the entire time we spoke and ate, the 18-month-old baby screamed the whole time. If I ever had thought of more children that certainly put an end to it.

We all know most peoples’ habits are formed from whom they associate with and their surroundings. Amy said Brooklyn had a huge problem with drugs, prostitution, and crime. That happened daily in their area. The other kids at school they associated with was also a challenge.

We put a plan of action into motion. 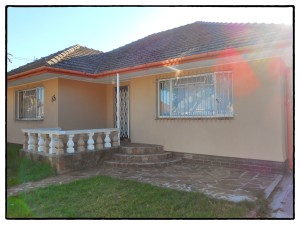 We removed the children from the school and put them into a new school. We bought them all new clothes, regularly gave enough food and money for their monthly needs. I moved the entire family into a three-bedroom home, with bathrooms, a kitchen and a family lounge in Goodwood. We furnished the house and added a TV. The children now have their own garden to play in. I have employed Daniel, Amy’s partner, to help on the maintenance side of our limousine business and Amy in our collection department.

So now I don’t need to give money anymore to support them, they are both earning enough to put food on the table. We don’t charge them rent for the house.

Yes, there will be challenges; let’s take an example for comparison purposes. I choose to train for the Cape Epic cycle race. It’s over 8 days, with 16 000 metres of climbing and 739 km of off road riding. It’s reputed to be the toughest mountain bike race in the world. Do you think I would be ready in twelve weeks?

Never! It will take me six months of following a training programme which I did and completed the epic in 2015.

Now the same applies to this family, to get them back up to a hygienic level, the discipline of children, routine etc. will not happen overnight. Plus our gut feel knew they would still take drugs, Tik from time to time, so we had to have a lot of patience. Rene, who works for me, has really been a great help to me in helping this transition. I know it has not been easy for her. Rene had to conduct regular urine test and be part of my many meetings with Amy and Daniel in my office. In one of my last meetings I had to tell Amy and Daniel to make a decision. Its drugs, or your children will have to go to a foster home because what you doing is not fair for the kids.

They both got a hell of a fright at the thought of losing their children and said we will definitely stop.

I am very pleased to inform you that on the last two drug tests we have done, they have both shown negative. They have improved tenfold on their hygiene, cut their hair, and shower regularly, dressing nicely etc. Their routine has improved too.

The children have proven to be a challenge to discipline. Amy was working half day, so I decided to pay to put all the children in afternoon care, so the children can have better discipline and structure and Amy can work a full day at the office.

My last challenge is Amy was told she was no good at collections, now I have taken her under my wing to personally train her, this will be happening this week.

So watch this space and I will keep you updated. 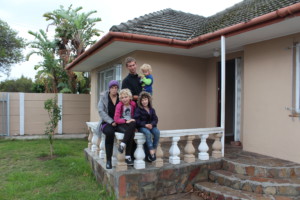