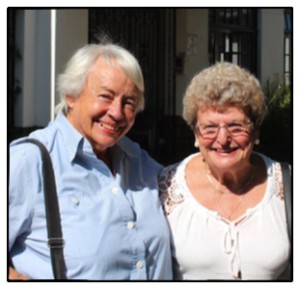 My mom has a friend Audrey 80 years old; she has an only daughter that she adopted at birth. Sadly her adopted daughter now 35 was never a giver only a taker and took advantage wherever she can.

Audrey’s daughter had bullied her into selling her home and moving her into an old age home. Her intention was to gain on the household items and the cash her Mom was going to get on the selling of her house.

Audrey was very upset but was petrified of her daughter’s outburst and agreed to do as she wanted.

Her house was put on the market and sold, but while she was waiting for the monies to be paid out to her, Audrey became hospitalized, it was touch and go.

Her daughter arrived at the hospital with an attorney for her Mom to sign some papers. She said it was for something else, but meanwhile, her daughter schemed to alter the banking details of the sale by making her mother sign that all the proceeds of the sale of the house go to her daughters’ bank account. So Audrey was under heavy medication and signed. My mom got wind of this and told me about it. I was furious.

Firstly by law, when a house is sold the monies cannot be transferred to a third party only to the owner of the house.

I called that lawyer and gave him a piece of my mind and said you have 24 hours to tear up that illegal document, otherwise, I will report you to the media and law society. He promptly tore it up.

When Audrey’s’ daughter learned of this she was furious, she called me and was swearing at me, I remember being on the golf course, if anybody knows me, they know I can get loud when not a happy camper, let’s just say most players on the course heard me that day. And yes my next shot went into the water (which isn’t unusual).

She accused me of getting involved so I can get the money etc. I must admit Audrey did say “Mike I trust you can invest my money for me”. I said “thanks appreciate the trust but I would prefer it if you go to a big five bank and invest your money there, which she did. Audrey said I am very elderly and don’t want to give the money to my daughter when I die, I said you love your grandson very much why don’t I arrange you to amend your will to give all your money to your grandson when he is 21 years old. She was so excited at that idea and I helped her to do that.

Audrey was extremely unhappy in this old age home her daughter had stuck her into. The food was terrible, people not nice and bedroom so small compared to the previous home she had. But as mentioned earlier, it was only her daughters’ pressure to get her mom to sell the house so she could get her greedy paws on the proceeds of the house.

She had already taken possession of her elderly mom’s debit card and maxed out all her money, then took all her furniture & bedding from her house with no value given to her mother, then constantly harassed and bullied her 76-year mother. Audrey spoke to my mom and said she can’t take the emotional abuse any longer and my mom told me.

Once again my blood boiled.

I was in a dilemma, I knew I would get it right the eventually through the courts but it could take a year or longer. Audrey was elderly and very unhappy and just wanted to go away and never see her abusive daughter again.

I said to my mom this is bizarre what I am going to say but I have a plan to allow Audrey to escape from her place of Alcatraz without being noticed. I think my mom wanted some rescue drops.

She says Mike are you saying you are breaking an 80-year-old woman out of an old age home under security guards noses. I said “yes”.

So I explained the getaway plan, we presented it to Audrey and she was delighted, she remarked this is just like a James Bond movie. I said, “yes but, this time, you’re not watching it, you’re in it”.

So my challenge was to make sure Audrey got her final medication she regularly takes on exit.

I have to remove all her furniture unnoticed and let Audrey walk out unannounced beyond the security gate out of her own free will, as I was advised if I drove her out myself it could be argued it was against her own free will.

I choose the day she was due to get her regular medicine. Audrey is in her room, I had a trailer to load up her furniture. I had Patrick who works with me to help load up the furniture. 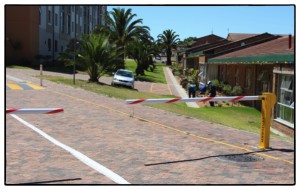 We arrive at the gate and tell the security guards one of the people staying there are putting new furniture in their home, so we need to make space by removing out the old furniture. They let us in. We knew time was of the essence as if someone of authority inside the place saw us loading it can be questioned further. We entered and Patrick and I loaded up an entire home so fast, I think DHL Couriers would have offered us a job. It was cupboards, TV, bed, couch, clothing, etc.

The curve ball was Audrey’s medication hadn’t arrived that morning, and she only told me once we had packed and she was supposed to walk out past the gate.

It was at the same time we were leaving with all the furniture packed that Audrey’s’ medicine would finally be ready, so we left to exit the gate and she and my 72-year-old Mom went to get her medicine. We went out past the gate, knowing we are now in a public area and their security has no legal jurisdiction.

Unfortunately, Audrey could not resist saying after getting her medicine “bye-bye and I will never see you lot again” and promptly walked out with my elderly mom of 72.

Then the word got out, the matron summoned the security guards to stop Audrey from leaving. I am sweating while waiting in the Landcruiser while watching my mom and Audrey walking up towards the gate. Trust me it’s stressful watching people run when you know they can be caught any minute, but try watching them walk like two tortoises, knowing they can be caught any minute is ten times more stressful. Finally, Audrey just climbed into the front seat of my Landcruiser, my mom in the back with Patrick. Security comes running over to us and said this lady cannot leave we have orders to bring her back in, I said you are in a public area nothing you can do, call my lawyer if u have a problem. Next moment much to my disbelief, the security guard opens the front door of my Landcruiser and grabs Audrey’s’ arm and tries to pull her out against her own free will. 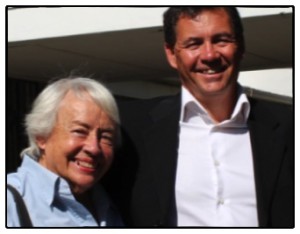 My blood once again sizzled. I shouted I am going to moer you, and I jump out the car and ran around to the security guard to give him a klap of note. He sees I am furious and gets a fright and lets go of Audrey’s’ arm and runs around the car. My mom and Audrey are totally dazed watching me chase this security guard around my vehicle. Eventually, the security runs off back to the security gate.

We took Audrey straight to her new retirement home I had found and organised prior to her escape. It was five star compared to what she had. More spacious room and you just had to carpet it. I remember her delight when I bought her a beautiful carpet for over R6000 to welcome her to her new home.

Audrey is now happy in her new home and until today, her daughter has not found her, much to her sadness and delight.